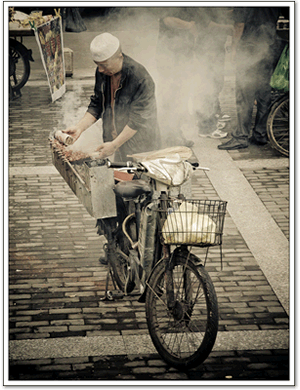 Hipper than Hong Kong and more alluring than Beijing, Shanghai has always had a heady mystique. Situated on China’s east coast, surrounded by the fertile Yangtze River delta, the city was home to the best eating in the country long before its recent fast-forward leap to modernity and a generation of new-wave restaurants.Here in the San Gabriel Valley, as the Chinese immigrant population has grown and become more diverse, chefs and restaurateurs from the Shanghai area have begun to showcase the food of their region. We’ve got fancy Shanghai-style dining rooms ready to lay out a traditional banquet, modest family restaurants and lowbrow dives. True, the globally inspired creations now cropping up in the mother city’s contemporary and avant-garde restaurants are absent. But... [[ read more ]] 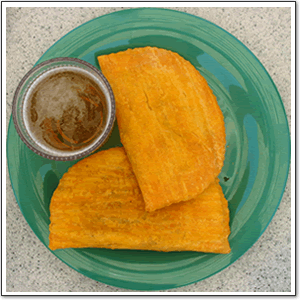 Before waves of Europeans brought African slaves to log the mahogany forests and harvest sugar cane along the northern coast of South America, the Mayan civilization had left the tropical jungle of Honduras strewn with ruins. This past has made Belize, as British Honduras is known today, a paradox in Central America. The country has strong cultural ties to the Caribbean islands, but can ignore neither its colonial past nor its Spanish-speaking neighbors. You can taste its eclectic temperament in every bite of the food. [[ read more ]] 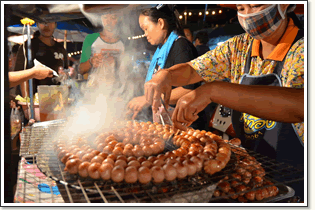 A mound of fragrant jasmine rice arrives at the table piled high with a montage of slivered green mango, sliced lemon grass, finely cut green beans, bean sprouts, cucumbers and shredded carrots and cabbage. It’s sprinkled with julienned kaffir lime leaves, ground dried shrimp and chile powder and served with a small bowl of sweet-salty budu sauce and a wedge of lime. The hostess comes to the table and with a large spoon tosses the whole fabulous salad together, telling you that her naam budu is made in-house with anchovies, herbs, lemon grass and garlic, and that you have to use all of the sauce that’s given to you, along with a squeeze or two of lime, to get the right balance of flavor.This is khao yam, a southern Thai specialty. And it’s one of the reasons Thai cuisine in L.A.is great again, after more than a decade in the doldrums. Regional Thai cooking is returning to the fore, and the excitement is right there on the plate. [[ read more ]] 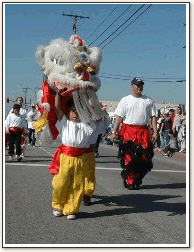 As dragons run and dance down Bolsa Avenue in Westminster during this Saturday's Tet parade celebrating the lunar New Year, the restaurants of Little Saigon will be opening their doors to floods of revelers. Many of the thousands of Vietnamese Americans who throng to the district for the holiday carnivals, concerts and events will head for favorite places that cook the regional dishes they grew up eating. Others will follow the buzz to check out the latest developments in this lively dining scene.And lately, those changes have been remarkable.Fresh energy and style-savvy creativity are flowing through the Vietnamese restaurant community. The sweet-salty heat-tinged complexity of the cuisine is showing up in classier preparations than we've ever seen in Southern California as owners and chefs insist on higher-quality ingredients and improve their cooking standards as well as the likability of their restaurants. [[ read more ]] 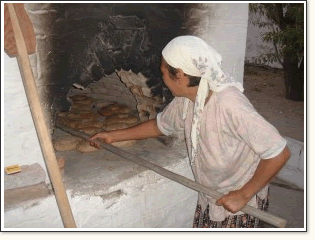 The sound of dough mixers that has echoed off the lofty ceiling of El Gallo's workroom since 5 a.m. is finally quiet. Now, at 10 a.m., there are only rhythmic thumps and clacking rolls as head bakery man Nicholas Sosa and his crew hand-shape the nearly 4,500 pieces of pan dulce that the bakery will sell that day. Working at a long, high table, the bakers produce the whole gamut of traditional Mexican sweet breads. Some have cartoon-like forms and nicknames: Conchas (clam shells), payasos (clowns), cuernos (horns), bigotes (mustaches) and tomates (tomatoes) are among more than 50 varieties they turn out daily.

Each pan dulce is a complex little work of art. To make tortugas (turtles), for instance, a baker must roll out an oval of cinnamon dough, then roll a `pasta' made from sugar and shortening on top of that. Next he stamps on a turtle-shell design before draping the dough over the turtle's oval body, made from pan de huevo, an egg dough. To create elotes, the cinnamon-dough buns that resemble ears of corn, El Gallo's bakers, who have all honed their skills in Mexican panaderias, must etch in the rows of kernels with deft knife strok  [[ read more ]] 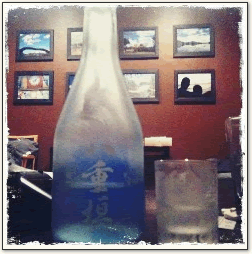 In a glass, frozen sake crystals sparkle like clear slush; in the mouth they melt into Pop Rocklikebursts of flavor. They're made of premium dry genuine draft sake, or arabashiri, which is prized for its freshness -- filtered just once and bottled immediately at Southern California's only sake brewery, Yaegaki USA, in Vernon. Because the sake is npasteurized, says Reiko Waide. Yaegaki's head of production and America's sole sake brew mistress. "we store it frozen." [[ read more ]] 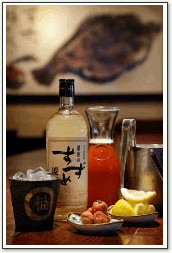 WITH a rush of powerful silky flavors, one sip of Sawanoi Kiokejikomi Iroha sake dramatically overturns your expectations. Unlike the light, dry brews that have been the recent darlings of connoisseurs, this is a full-bodied sake -- complex and bright with yeasty, meaty flavors, notes of lemon and a marvelous but faint cedar backbeat. Fermented in traditional cedar barrels, it's one of the finest examples of kimoto sake. The return of kimoto -- made the way all sake was once made -- is part of the trend toward robust, richly flavored sakes made using revived artisanal methods and often organic ingredients. [[ read more ]]